Osberton moves to Thoresby for 2020 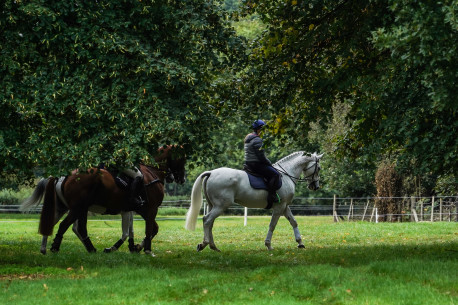 BEDE Events are delighted to announce that Osberton International will be running this year. However, due to the ever changing COVID situation, we are moving the event from Osberton to Thoresby, the home of the Eventing Spring Carnival, for one year only. We are extremely grateful to the Estate and team at Thoresby to enable this prestigious event to take place, and to Osberton Estate for their support to ensure the event continues. We are looking forward to returning to Osberton in 2021.

The work to enable this move to take place in a short time frame has been quite significant. There is still much to finalise and we will keep the website updated as we announce timetables and plans for the event over the coming weeks.

Unfortunately we will be unable to host the Bennington Carriages Driving Trials alongside the horse trials, however are committed to running at Osberton in 2021.

Osberton International, incorporating the Caunton Manor Stud British Young Horse Championships, is a key fixture within the sport and is loved by many and BEDE Events are working hard to ensure that in 2020 despite the COVID challenges is an exciting week of sport.

The full press release is below

Osberton Moves To Thoresby For One Year Only 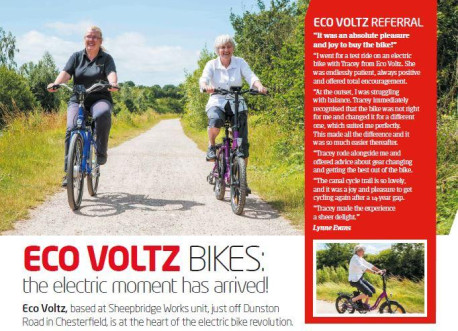 Electric bikes are growing in popularity, and we were excited to see our great sponsors, Eco Voltz, heading up headlines with their growing display of bikes.

Read their latest article below

After many years of deliberation over the 4yo classes in British Eventing, a new showcase competition will be launched at Osberton International in 2020. All horses foaled in 2016, will be eligible to compete.

This competition will take place at Osberton International Horse Trials on Thursday 8th October. All horses will complete the following:

Resumption of the Sport at Aske 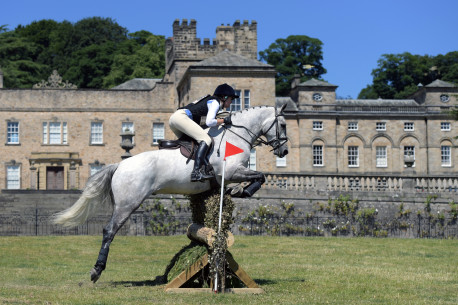 It has been a very long time coming but we are all excited that the resumption of sport appears imminent. Whilst we are still awaiting permission from DMSC, Sport England and British Equestrian we will be working with British Eventing to produce protocols and formats that will allow us to ensure the safety of all those competing and attending. We are very hopeful that BEDE Events will be back in action at Aske Hall on the weekend of the 11th and 12th July.

This will be our first event since Oasby 1 in March! We will be running classes from BE90 to Intermediate with the focus being very much an ‘early season’ run. Courses will be encouraging, run over the shorter end of the scale with the clear aim of getting riders and horses back into their stride.

Once we are back up and running we will be focusing on Osberton international Horse Trials as a real end of season event for all. Traditionally well supported, in 2020 it may be even more a place to celebrate the end of season. We are working closely with local councils to ensure that we can run as successful event as possible and give riders, owners and horses a goal for 2020 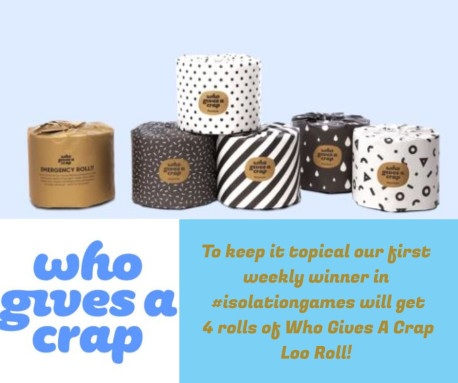 To stave off your isolation boredom we are running daily quiz questions with the chance to win prizes delivered straight to your door! Check out this weeks quiz questions and head to our Facebook page to give us your answers!

Monday – Which is the largest land Carnivore in Britain?

Tuesday – Which substance is used for pencil lead?

Wednesday – Which country originated the term “plonk” for wine?

This weeks winner will receive a topical 4 rolls of Who Gives A Crap loo roll! Who Gives A Crap started when they learnt that 2.3 billion people across the world don't have access to a toilet. That's roughly 40% of the global population and means that around 289,000 children under five die every year from diarrhoeal diseases caused by poor water and sanitation. That's almost 800 children per day, or one child every two minutes.

They thought that was pretty crap. So in July 2012, Simon, Jehan and Danny launched Who Gives A Crap with a crowdfunding campaign on IndieGoGo. Simon sat on a toilet in our draughty warehouse and refused to move until we had raised enough pre-orders to start production. 50 hours and one cold bottom later, we'd raised over $50,000! 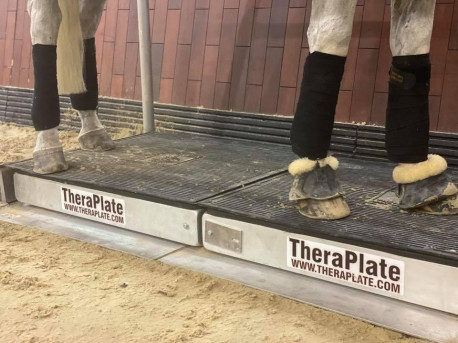 TheraPlate Ltd are the exclusive UK, Ireland, European and Middle Eastern distributors of the globally renowned therapy platform, TheraPlate. Tried, tested and trusted in the United States for over 30 years, the mobile TheraPlate uses totally unique, patented Vortex Wave Circulation technology, with zero vibration. VWC supports circulation to areas of the body not usually reached when immobile. Although originally designed for horses, the range of TheraPlate units has been developed to support humans and smaller animals alike, all benefitting from the same VWC technology. TheraPlate is used daily for rehabilitation, recovery and to support optimum performance. TheraPlate is relied upon by vets, olympians and rehab specialists around the globe. The advanced mobile therapy platform has quickly become a vital piece of therapy equipment for any professional or amateur yard alike.

We are delighted to announce a new equine welfare partnership between TheraPlate Ltd and BEDE Events Limited. The TheraPlate is easy to use, proven effective, portable and very affordable. Introducing horses to the TheraPlate is so simple. The TheraPlate is a totally unique therapy platform which uses advanced, patented technology called Vortex Wave Circulation Therapy. The TheraPlate is constructed with aircraft grade aluminum, making it lightweight and sturdy. TheraPlate is the common denominator for promoting and maintaining soundness.

We are extremely excited to give you a first hand experience of the TheraPlate during the Eventing Spring Carnival at Thoresby in March & also at Osberton International Horse Trails in October 2020, where the TheraPlate rehab point will be set up so riders and horses can treat, warm up and cool down their horses, taking advantage of full TheraPlate protocols for FREE.

The rehab point will also allow yourself to see and feel the benefits of TheraPlate during competition, giving you and your horses the best possible chance of success, while joining TheraPlate in spearheading the quest for ultimate equine wellbeing.

Dominic Fox Director of Theraplate Ltd said: “We are delighted to announce our new equine welfare partnership with BEDE Events Limited. The TheraPlate is a highly innovative therapy platform with totally unique technology, used all around the globe by vets, racehorse trainers, olympians, and more. We are so excited to be partnered with BEDE Events Limited, as well as supporting optimum performance and recovery of all their horses.” 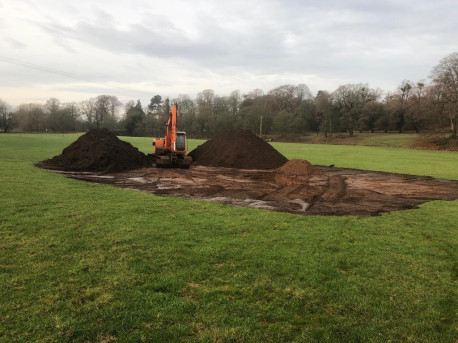 The water jump at Thoresby offers you the chance to engage with our audience of over 10,000 visitors and entertain staff and clients overlooking the water complex. Horses in the international classes will pass through the water twice, bringing the fast and exciting action within metres of you and your guests. With three days of action you have the chance to maximise your profile and impact across the event.

The Eventing Spring Carnival will attract many of the equestrian elite as they qualify for this year’s Olympic Games.

Thoresby will play host to this exciting event for the first time in 2020, following the relocation from Belton Park in Lincolnshire. Attracting over 10,000 visitors across the three days and over 80 trade outlets, a day at the Eventing Spring Carnival has entertainment and action for all.

We are devastated at the loss of Belton International Horse Trials. Belton has been a key fixture for many riders in the lead up to Badminton and hosts one of the best 4* international classes in the country. BEDE Events have run the event for the past 15 years and seen the event grow to become the major Spring event.

This decision was announced to us yesterday and came as a shock to the whole team. We were unaware that the future of the horse trials was in jeopardy.

Belton Horse Trials has run at Belton Park for 40 years, it was set up by Lord Brownlow prior to the National Trust taking over the ownership of the park. 2020 would have marked our 40th anniversary and we had already started plans to mark this milestone.

We are presently looking for a new venue to host this prestigious event.

Belting Belton - Day 2 Round Up 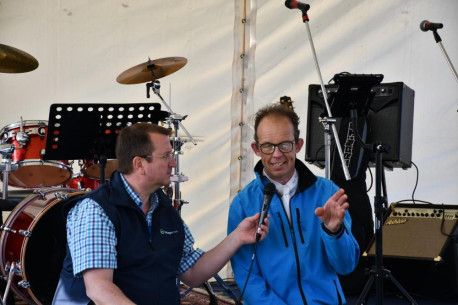 It was another glorious day of sunshine, arena attractions, live music, shopping and sport.

The Street Food stalls were packed and the gin dens full, as festival goers enjoyed the music and the great weather, lounging on bean bags and bales.

Children lined up in the Nottingham Trent University arena to have birds of prey skim just above their heads. Feeding the lambs was as popular as ever and a local Grantham school played Light My Fire to an appreciative audience. Families brought their dogs (large and small) and Leicester Animal Aid ran some fun novelty dog classes. We noticed a lot of sleepy dogs in the afternoon!

Wimpy Eventer, Vic Brant sporting a unicorn headband, provided a great insight into the power of social media with the help of influencer and young rider Gracie Tyte.

The huge crowd at Belton today made the most of the shopping, food and drink, amazing sporting action and many attractions. No wonder the sun was smiling!

A big highlight was the return of legends Jonty Evans and Art, riding around the main arena to the delight of a hugely emotional crowd. Their intention, unknown to everyone, was to jump. And jump they did! Because, as Jonty said later to presenter Chris Otty, he trusts Art implicitly. Jonty and Art were supported by the Irish Eventing Team, their

Jonty also gave a live Q&A interview with Chris and the audience about how overwhelmed he has been by the support he has received, not just from the eventing community, but from people he has never met. He said the messages from those who don't know him kept him going in dark times. “What people have done for me is off the scale! My mum was told

twice by doctors that I wouldn’t pull through.”

What was clear to everyone listening was his absolute love for Art and Chris confirmed their extraordinary symbiotic relationship. Art and Jonty really do work as one. Incidentally, Art was only one of three horses to jump triple clear at Rio and yes, Jonty claims it was Art who brought him in ninth at the Olympics. It was a deeply moving, honest and heartfelt